Life has grace notes. Every life. 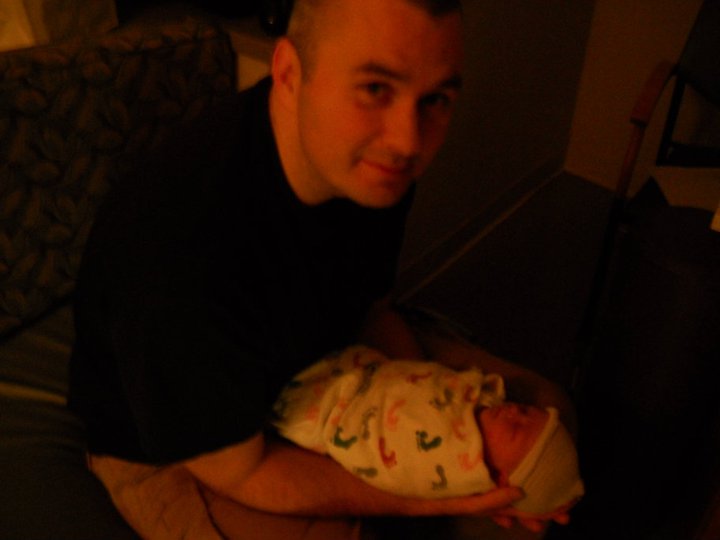 In the past few days I’ve panicked at 4 in the morning that I wasn’t doing enough to support my wife and our little boy. I’ve drafted a fantasy baseball team. I’ve given several bottles and wrapped and re-wrapped a baby several times. I’ve given Charlie two baths and read not a word. I’ve caught up on many things at work while feeling awful that I wasn’t there to do the things that needed doing at home. I’ve hummed the baby to sleep, his favorite tune being Brahms’ Lullaby. I’ve cooked a few dinners and cleaned the kitchen on a 1.2 times a day clip. I’ve cried and I’ve laughed and I’ve shouted in frustration. I’ve watched international women’s curling. I’ve actually recorded it. I’ve been awake from 1:30 AM until at least 4:30 AM each night. My life is full.

I miss some things from my former life, when I have the time and the energy to do so, but I would never trade the present for the past. I can’t imagine this will be true in the years to come, but for now it is so. Yet I hasten to add that I am becoming sentimental in a way that I never thought that I would.

Don’t be fooled, I’ve always had a sentimental side. I’m a writer and it’s in some ways, at least in the ways and reasons attached to my writing, unavoidable. But it’s different now. It’s not filtered so thoroughly through thought and reason. It’s visceral and it allows me to feel things I was formerly incapable of. It allows for a true empathy if not sympathy that I was unable to access and experience in the past. I am still prone to anger, it being a primary emotion men feel, but I’m now able to feel life like I never have before. In a connective way. In a way that validates my Romantic notion of the human condition. In a way that allows me to cry.

I don’t know necessarily what has brought about this change, but I suspect that there are a number of factors at work. Surely some of this is due to Charlie, and it is most assuredly a delightful development in this regard. I am aware of the fragility of life in a way that’s different from the intellectual understanding I had in the past. Surely the lack of sleep is a contributing factor as well. It could be the onset of age. It’s said that I am on the downside of Mount Testosterone. If I am I must say its a far more livable life and one my temperament was suited for from the start. That torrent of aggression that accompanied my majority was not handled well.

You can ascribe questionable ethics to anyone that has lived successfully. As a game it’s quite easy to find even a well meaning person’s blind spots. In fact for a time, when one is defining oneself it is practically impossible, and I would guess inadvisable, to refrain from poking holes in the facades around you. It’s your societal duty as an adolescent and as a young adult, and it’s your personal duty as the holders to the flame of the wildly hypocritical. This is one functional purpose for youth, no? But like I said before, life has grace notes. Every life.

Jim Valvano’s speech near the end of his torturous and ultimately losing battle with cancer (one that he continues to fight valiantly from the grave) is one of the ways you could always coax a tear from me. I won’t repeat the whole thing, but it was given right at the end. He summoned energy that an athlete can sometimes hold in reserve when they know it will be needed later. There were thousands of tumors (his description) pumping through his body and he was addressing a crowd gathered to give him a ‘human spirit’ type lifetime achievement award. His motivation was to give a memorable and inspirational speech that would move people to give for decades to come after his inevitable demise. This was the one chance he’d have to establish the momentum to make a difference by creating a fund for research. He knew what he had to do and he did it in a breathtaking and heartbreaking way.

One point he made, and this was not on the teleprompter and not in his notes, was how he understood his life to be meaningful. He said that if you laugh, if you think and if you cry everyday, that is a full life. It was a profound accomplishment since he had so eloquently just finished walking the listener through thought, to laughter and ultimately to tears.

I admire his sincerity in grappling with his own mortality in a way that was sincere, forthright and vulnerable. It is a valuable lesson. While it may be impractical at this point in my life to cry daily, it is without question a full life when I do.

I cried a bit this weekend because some very good people, expecting joy were surprised by tragedy. Heartbreaking, life altering and ultimately scarring tragedy. I don’t know how it will be when I see them again but I know the tears are not done on my end. I wish I could grab them and hold them tight for as long as it took. I wish I could jump into the well with them and talk them through the dark. I wish this never happened and I hope they know how many people love them and wish to unburden them of the terrible weight they will carry forth. I wish I was brave enough to tell them I loved them and to cry with them, but not being a person that fills that role in their lives I’m afraid it would only burden them more.

I will go home to my precious boy and I will hold him and giggle and make silly noises and forget everything in the world for entire minutes and there is nothing that feels better. I know joy.

I have known tragedy, it’s human and all of us have. It draws us together and holds us apart.

I am now mature enough to say, I hope I never die and I hope my boy never grows up and moves out and I hope we never change from this perfect moment in time.