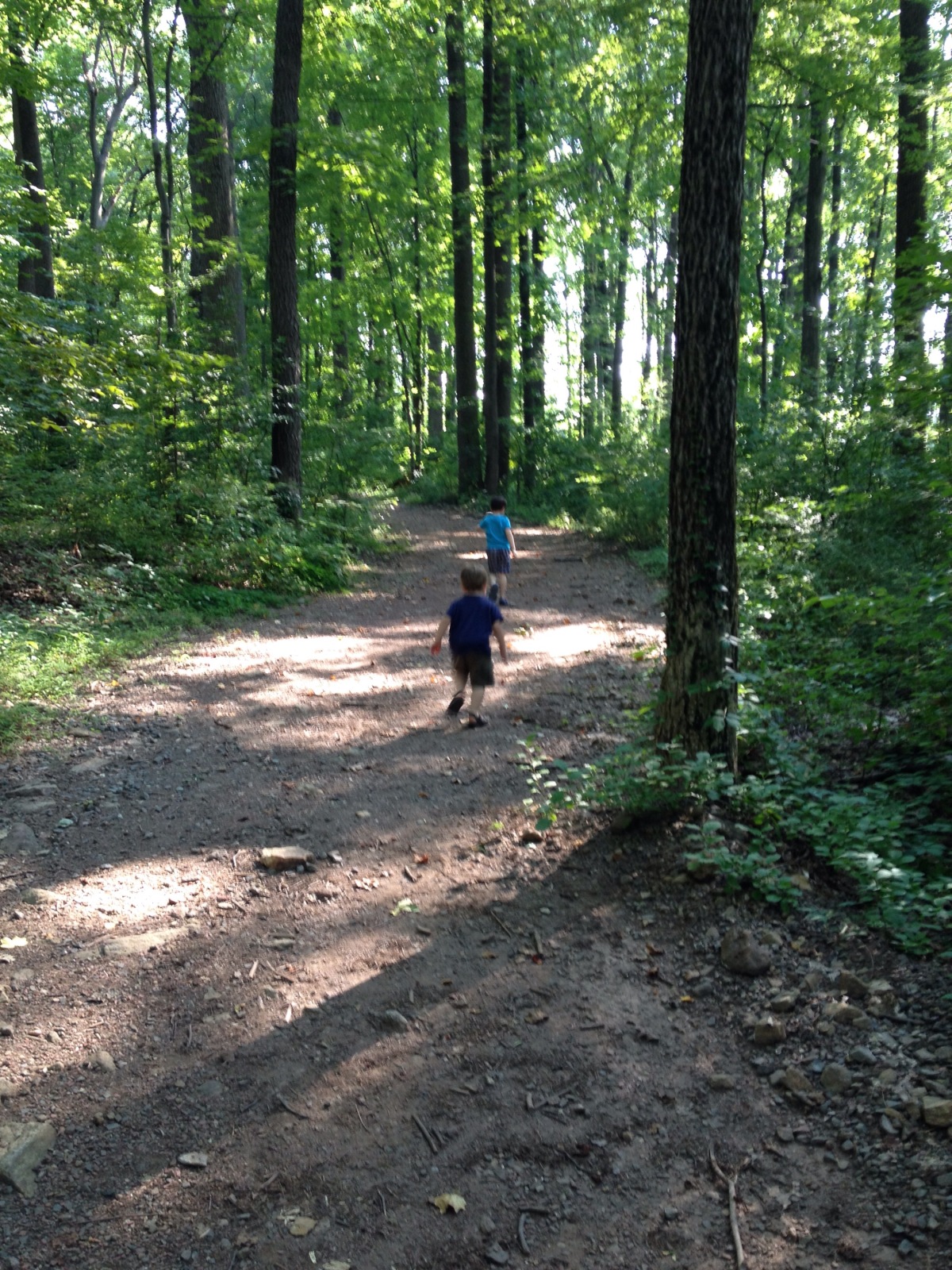 I have a fairly Idyllic situation. I drive both my sons, Charlie and Teddy, five and three respectively, to and from daycare every day. I’m able to do this because I work where the best daycare we have ever seen happens to be. Every day has challenges, some have really big challenges, but in all it’s a pretty great trade off.

For every time I snap and growl aggressively at one of them for not listening to me about opening the garbage can full of salt for melting the yet non-existent snow or have to carry a kid into the building who isn’t yet ready for the ride to be over, squirming and fighting to run back to the car I get ten chances most dads don’t. Most parents don’t for that matter.

I get to see them throughout the day as I bump into their class heading here or there. I get to poke my head around corners when I know they’re going to be somewhere and watch them making friends and being three or five and breathtaking. I have a relationship with the people that take care of them all day that is just a tad more than it would be if I were to drop them off and leave for the day. Hell, I get to relax my shoulders all day knowing that they are right around the corner and I can see them whenever I want.

It’s time for us to sign Charlie up for Kindergarten next year and we don’t know how we are going to do it. While we live literally across the street from where he’ll be going to school, we both work a half hour from there. On top of that the kindergarten that’s offered is of the half-day variety. Meaning we’d have to come get him by 11:30. So this kid, who’s thought of ‘school’, which is how we refer to the daycare, as something that runs about 8 hours a day every day for several years now has to go to ‘real’ school, where its serious. And where it lasts a couple of hours.

Logistically this causes a good many problems. How are we supposed to get him from there, again a half hour away, back to where I work, which will give him free aftercare, five days a week. I can’t take that much time every day. For Karen it would be twice as much time as she works about a half hour away from me.

We’re investigating everything but nothing seems simple. The local place that could do aftercare costs $900 a month for 2 days a week. There’s another program that is held where we took him for a few months  for daycare before I took this job a couple years ago where they might be able to take him and we might be able to remain solvent, emphasis on ‘might’ for that last part. But he cried literally all day every day there. He’s so comfortable in his school now and the thought of that is traumatizing to us. We could and will if we have to, try to pick him up everyday. It will be a very stressful year but of course we could figure it out. The consideration at the top of our list is to move out to where I work. This is for kindergarten. Public school, half day , no wait list or crazy application process kindergarten.

I’m tense without a solution. I’m the ‘don’t worry, we’ll figure it out spouse’ in my marriage and even I’m fretting this one from here, 8 months out. Who knows what we’ll end up choosing and who knows if it’ll work.

Truthfully these are wonderful stresses to have. He’s a lucky kid (at times) for having parents this concerned. The stress is endurable and the solution will be whatever it is we choose. We’ll see how it goes and if we need to change course midstream it wouldn’t be the first time. Woudn’t even be the fiftieth time. We’re actually getting better and better and switching saddles whilst wading in low waters.

I’m not bothered by it, even if I am a bit annoyed from time to time. Because I remember ten years ago. I remember it like it was yesterday. I can tell you what was on TV and what it was I was doing on Tuesday nights at that time. It was a flash. All of it. It was a blink of an eye. Ten years from now I’ll be starting the conversations with him about college. If that’s the direction he goes. If not I’ll be talking to him about a thousand other things and I’ll be looking back on all the time we spent driving back and forth from wherever he may end up in September and back to work with me. I’ll be remembering it with a full heart and so much wistful nostalgia for a time that was the fullest of my life. A time I thought was stressful but was actually the most joy filled days I’ll ever know. None of it lasts forever anywhere else but in my mind and I’m fortunate to have the opportunity to be stocking my memories so generously.

3 thoughts on “Our Kindergarten Dilemma”