When I was four years old I went to kindergarten. It didn’t work out all that well. From that point on I kind of hated school.

My first official act after registering for school was dropping out. I was, I am, a kindergarten dropout.

The relationship I have with the educational system is fraught with complicated emotional reactions met with juvenile responses from a cocky autodidact lacking confidence in his abilities. Added to that is the shame and embarrassment I carried with me from my early inability to adapt. I’d say I’m a bright guy. Meanwhile I failed as much as I could all throughout. I made it through my sophomore year without notebooks or a pen in 1990. I did just enough to make sure my 3rd ‘F’ was a ‘D’ so I could keep playing basketball. I’d stroll in around 11:55 so I could play or practice that day. The rule, and I can’t believe this was true, was that you couldn’t participate if you failed 3 courses in the same grading period. You could play or practice any day you showed up by noon. The day lasted until 2. I was given a lot of leeway and I availed myself of it.

Anyway, this isn’t about that. Not entirely, at least. A lot of people are accused of living vicariously through their kids. When you think of these people the image that comes to mind is the dad that pushes his kid to achieve at sports, hoping that all the wins and accomplishments his kid has will make up for all that he fell short of accomplishing. Or of the pushy stage mom signing her daughter up for pageants and auditions. In both stereotypical cases these are vainglorious attempt to fill a hole in their hearts that was either congenital or acquired. Either way it’s not the kids problem. Well, more to the point it absolutely is the kids problem, but it’s not their issue. Not at first at least.

These folks deserve some judgement. The self-awareness they lack is having potentially serious and harmful outcomes on their kids. We all get this. Even those of us engaged in such unhealthy endeavors when we recognize it in others.

What I didn’t understand until I had kids, however was that these folks also deserve sympathy. They deserve love and respect like everyone does. Their issue isn’t a lack of love but in most cases its just a matter of faulty calibration. Because all of us, to some degree, are living and reliving our lives through our kids. Hopefully there’s a point where we engage in the struggle and learn to let go of the false sense of control that parenthood so fills us with and we are freed to see our kids as fully realized individuals that are of us for sure, but separate from us in the end. 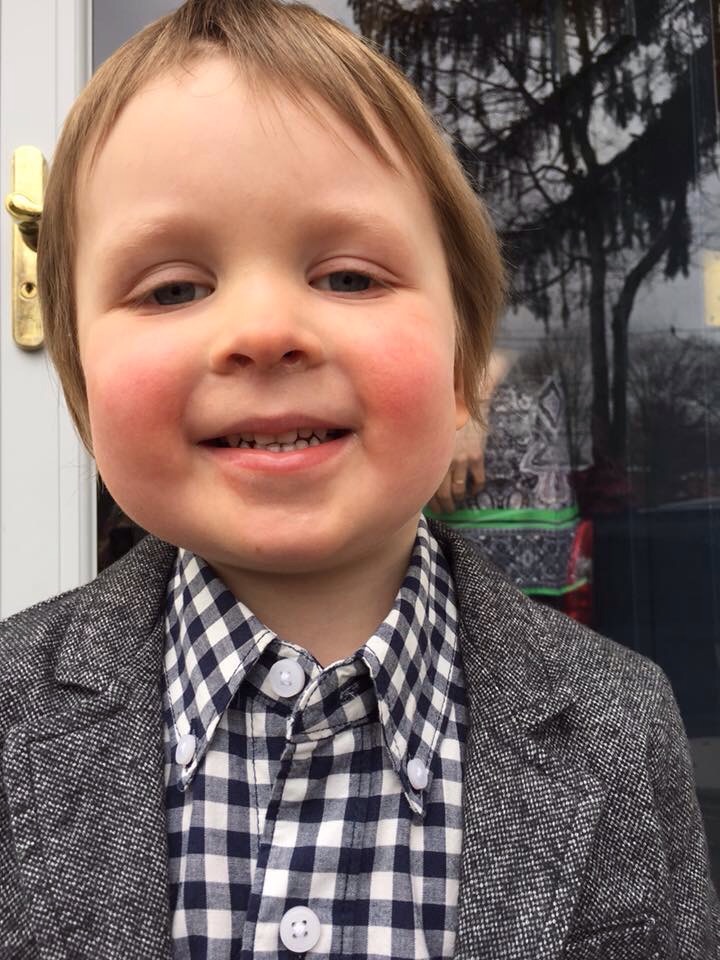 As I watch my kids grow up far too fast for their own good, I know that the fears I have for them come from somewhere specific. They come from me and my life story. They come from all the feelings and failings that have made me who and what I am. To try to divorce myself from those experiences and those feelings would be impossible, not to mention imprudent. To forcibly guide them to confront my issues, thatn would be the line for me. That is what I hope to avoid.

What I hope to do is to inform their lives through mine. I hope to send my smiling boy off to kindergarten and have him return excited about being there. There’s every reason to think he will do so. He’s had a different life than the one I did already. I had spent every day of my life home with my mom when I went to school that first time and burst into tears and didn’t stop for months. My son has had two parents that needed to work to put a roof over his head. He has been out and social and listening to teachers and getting in lines for as long as he’s been able. Yet still, my heart is heavy thinking about him in school.

This is just Kindergarten. It clearly failed me as much as I failed it. What about all the anger I carried for so long? What about the self destructive behaviors that fed and fostered my latent depressive and destructive nature as I got older? What of all those relationships I was so determined to undermine be they romantic or platonic in a foolish effort to be invulnerable? What about the constant battles I had with weight and food and alcohol? What about those years I was too afraid to even conceive of them, of me being their father and how close I came to letting that fear rule my life? The same fear that kept me from doing this, writing and being honest about who I am and what I think and how I feel?
I have endless hope and belief in my kids. They’ve given those things to me through their love and belief. I have true faith in them. I believe they are special. You would to if you knew them. But they are fragile too and I know they come from me and some of my stuff will inevitably be theirs too. I’m determined to stay out of the way of all the life they need, but it’s too much to ask to not bring my own experiences to the table as I try to beat back the demons on the path. Some of them will go around me and they will have to slay them on their own. But some of them I’ve seen before and I hope this second time around, with my knowledge and their strength, the fight won’t take nearly as long.

6 thoughts on “Living Vicariously Through My Kids”