How am I doing?

It’s been so long now,

But it seems now, that it was only yesterday

Gee, ain’t it funny, how time slips away

This morning I drove to work listening to NPR. Doesn’t sound like much, but it’s kind of a big deal for me at this point in life. Most mornings I don’t have the chance to do this. It happened to be morning two of the pledge drive but even that didn’t bother me.

Recently I’d taken to fine tuning the spring loaded knobs that normally lay flush to the dash so that only the speaker in front of the drivers seat worked. This way only I’d hear the news of the day and the most recent happenings from the campaigns or the long form stories on bureaucratic minutia of New York life. If I didn’t do this and it was at a volume loud enough to hear in the back seat I’d immediately be told what to do.

‘Play the ‘Ghost Monster’ music.’ One of the boys would say. 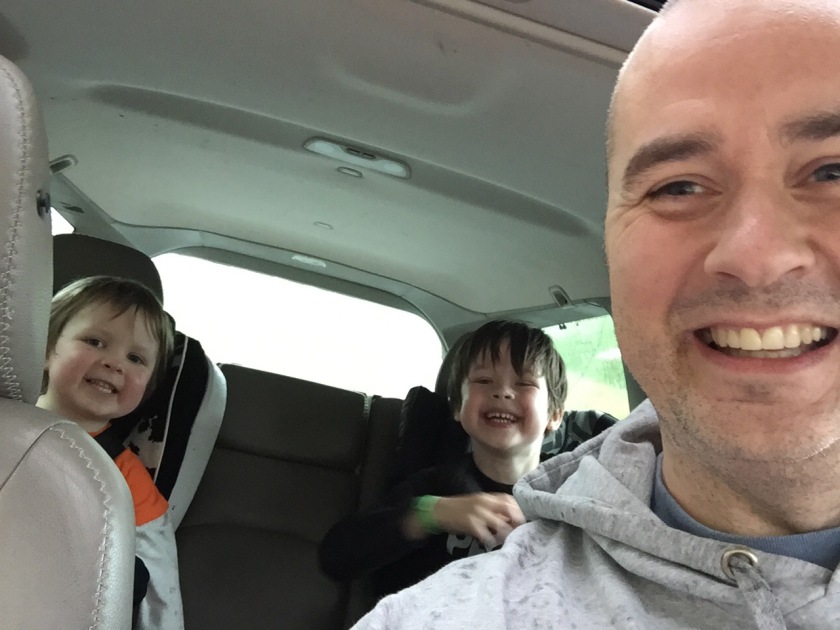 That was it. I’d be driving to work listening to the same ten Halloween songs we’ve heard a thousand times. I mean, it’s May. No bother, it’s a reasonably decent compilation and every tenth song I get to hear Screamin’ Jay Hawkins put a spell on you, so, you know, no biggie.

But today, today I heard news and it was great. It was grown up and engaging and stories were interesting and they were told by curious, intelligent adults. It was delightful.

You should know that I was once a bit of an NPR-head. I loved NPR way before it was cool. It started with my dad listening to bluegrass on Saturdays and A Prairie Home Companion on weekend drives in the station wagon. By the time I got out of college, in my very early twenties it was pretty much what I listened to all day. When I moved to the mountains with my college girlfriend in our ill fated attempts to avoid splitting up, it stayed on whenever we were home. That was VPR then, Vermont Public Radio. Later, when I’d live for years in the Catskills it was my constant companion as I worked in the Executive Director’s cabin in a makeshift office on weekdays organizing logistics and communications to families we’d serve on weekends through the winter all to the sounds of Dr. Allen Chartok (Sp?) and the entrepreneurial and enthusiastic crew of WAMC/Northeast Public Radio. I had gear. People that knew me bought me t-shirts and mugs and knew I’d love them. Thanks, Christen! I still miss both the mug and the t-shirt.

I felt so personally connected to the people. The wonderful, smart, cultured, grown up, funny and serious people that explored ideas and were curious about things I never knew could be anything but boring. People who were fascinated by history and it’s meaning. Art and it’s feelings. Science and it’s implications. It broadened my horizon’s and became a badge I wore on my psyche. I have a vague memory of once trying to mock a cheesy, vapid, Atlantic City cover band (think of Jack Black’s original band in School of Rock when they play at the battle of bands at the end of the movie. Just unbearable. At least that’s how I remember them, but I was pretty drunk. Like come down from the mountains and go straight to A.C. with a bunch of other like minded weirdo’s for a ‘work’ conference drunk.) by standing silently in protest to their cover of ‘Living on a Prayer’ by shaming them and pointing endlessly at my cool, smart NPR t-shirt. I think I made my point.

Then a thousand other epochs of life happened and somewhere along the way I’d lost that time. Those experiences that seemed like a permanent part of life passed to the past. It was still a part of my life, but I no longer looked forward to Tuesday nights at 9:00 for the Selected Shorts rebroadcast. Long Saturday drives to the country while listening to Garrison Keillor and the Guys AllStar Shoe Band were replaced with bottles and feedings and naps and confusion. The life I had that was so much who I was was gone and in it’s place was something new to get lost in. My wife. My kids. Family.

So today, driving in to trainings at an off site locale for a new job and a new adventure, it was delightful to have some time listening to an echo of a life that had been relegated to the dustbin of my personal history when I wasn’t looking. That I left behind happily to start a new adventure. That recycled itself into the air to be caught by another at a different stage.