There is the light of day and the haze of interrupted sleep. These are two distinct worlds and insofar as we are able to, we keep them separate. Fights that happen in ‘the haze’ should never see the light of day. They are to be dutifully ignored, in perpetuity if possible. If an event were to occur in ‘the haze’ at a later point that closely resembled the initial argument in both substance and tone, then, and only then, can the altercation be referenced. Once past, even if the altercation has escalated, it should fall back into the category of things which must not be named. These are the rules and they are organic and they are good. These incidences are like dreams in that they should only rarely be shared outside of a therapists office and should be done so with great trepidation.

We had such an altercation last night. In complying with the rules I shall not speak to the details of the disagreement other than to say that in expressing my dissenting opinion I can see now that I presented as a lunatic. The vast majority of the overnight happenings are tended to by one parent so the other can sleep, but in this case the concern of the sleeper overwhelmed their exhaustion and a suggestion needed to be made. At the risk of disclosing too much, as I know a certain woman related to me by marriage who may wish to continue to observe the ‘gag order’ in regard to referencing said altercation, I’ll state that in this case I was the night tender and she was the concerned and restless parent. Which I say only so I can tell you that when she interrupted me to suggest that we wake our son and give him a nebulizer treatment in order to allow him to stop coughing and to rest easier I went ballistic. This was not in my plans. I had already fed the baby and taken the toddler to the potty. It was past 2AM and I had decided that I’d wait out the cough. With a beer. And a book. A nebulizer treatment does NOT fit into this equation. Yep. I’m a bit of a jackass. My frustration bordered on the maniacal. Which is to say that it was on the wrong side of said border and had a full head of steam heading to the heartland of lunacy.

A mere hour later my wife lay soundly asleep and had been so for upwards of 45 minutes. I still could not unclench my jaw. The ability to navigate these wide emotional swings and return to a normal enough place to fall asleep, even with the assistance of accrued exhaustion is unbelievable to me. I’ve grown to understand that this is an innate difference. For her part she can’t for the life of her understand why I don’t go right to sleep the second I’m allowed to. But the fact of the matter is I literally can’t. I’m using ‘literally’ literally. If I were to attempt to transition between emotions at the rate at which she can and does I’d be in a hospital bed, likely catatonic, before lunch. Women reading this may read an exaggeration to express emphasis in this statement. It’s absolutely true. I’d break. Seriously.

I’m a LUNATIC when it comes to control of the overnight environment when it’s ‘my turn’. Just irrational in the extreme. And the reality of this is that this isn’t going to change. Can’t really. Which brings me to my point. Perfect is inherently and inevitably imperfect.

When we were fretting about whether or not to have kids the conversations were focused on our shortcomings, both personally and collectively. The financial issues and the emotional issues. The idea of a change so profound seemed impossible to navigate while retaining that which made us work together. But the truth is that the change was simultaneously of a scale that was so large as to have been incomprehensible prior to it occurring and of a nature so profound that it brought with it capacities and endurance that were heretofore unknown to either of us and which allowed us to grow in a way that has made all of the prior conversation irrelevant.

In some way every butterfly parent that has been through the transformation knows something caterpillar couples couldn’t at the time. Prior to our having been transformed their assurances and warnings were meaningless, even if many of them turned out to be more true than we could ever have imagined. So now that I’m emerging fully transformed I would like to amend the standard language of the butterflies thusly…

Rather than the somewhat dismissive statement that butterflies repeat ad nauseum to caterpillars that goes ‘If you wait til your ready to have kids, you’ll never have kids’, I think I would have been more disposed to seeing some hopefulness in a message that goes like this…

Let me cut to the chase, you’re not perfect. I’m not, you’re not, no one is. So stop thinking that merely being human and imperfect is enough of a reason to not have kids if you want them. And if you’re fearing that you’re not ready, you’re ready. That level of concern will in fact put you a step ahead. And besides all your shortcomings, you’re amazingly intricate, complex and talented people who will find a capacity for love you never knew before and it’s beautiful and destructive all at once. And the things that drive you crazy about your partner now will do so even more later. But the variations between your abilities will make you cover all the bases you need to so the kids can rise up because of your exceptional ability and in spite of your inevitable flaws. And don’t worry, your kids will reveal their own flaws, and many of them will mirror yours and that’s okay, cause you know what? They’re human too and they’re NOT perfect, which is something you must keep in mind, as your heart will never believe it. Perfect people do not exist, they are lying to you, and sometimes to themselves, and they should be looked at with empathy as they are in for terrible difficulties. In fact if this unicorn of perfection exists in some cul-de-sac in some suburb know that they are the ones truly missing out on the vast array of life as they are not fully experiencing what it means to be alive. Don’t fret that you are falling short of something so bland as perfect, rather delight in your struggles and move forward knowing that the sooner you accept your human nature the sooner you can get to seeing the beauty in life. Struggle onward and seek to see clearly and withhold criticism as long as you can. The more you can accept of imperfections the richer your experience will be. Oh yeah, and don’t be dick to your wife when she asks you to do something you should do. Its not nice. 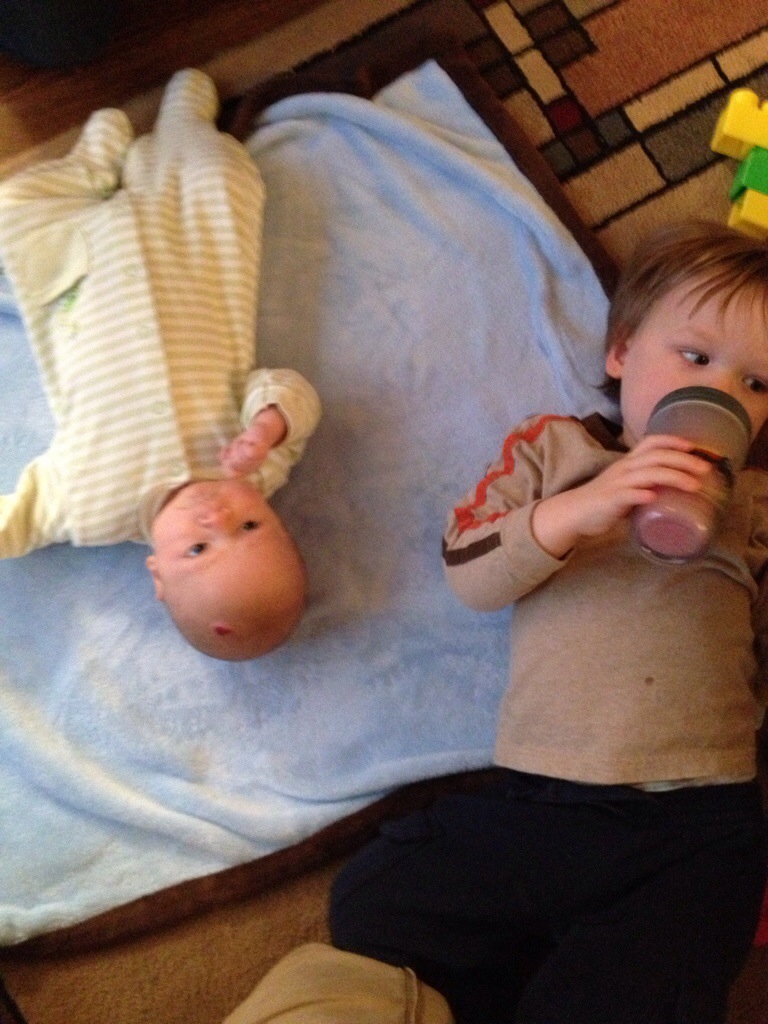 4 thoughts on “We Weren’t Ready Either”