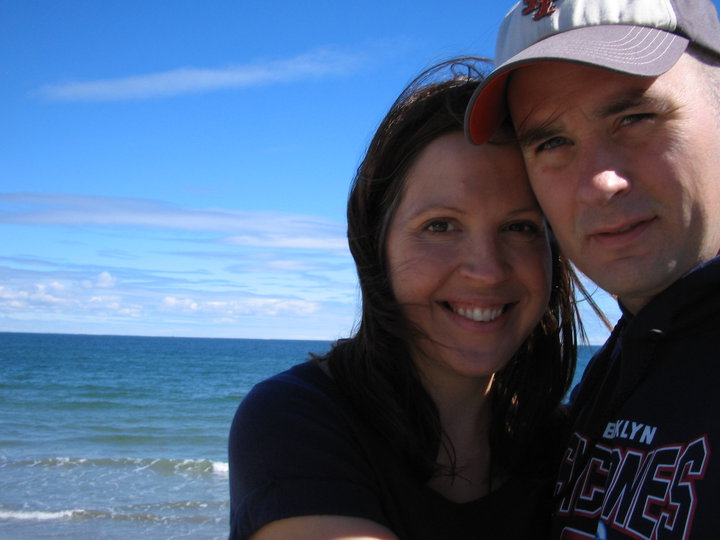 It’s strange to sit across from a person you clearly love, you’re clearly committed to and realize that you’ve forgotten how to be alone with them. I mean how can you be uncomfortable with a person with whom you have an open-door bathroom policy. With whom you have a nearly decade old conversation going with.

I’ll tell you how. Have kids and don’t even pretend to take care of yourself. Fall so head over heels in love with your kids and be so bowled over and unprepared emotionally that without a word you both decide to fling off all sense of reason and balance and dive headfirst into losing yourself in your kids. It’s exactly as unhealthy as it sounds. We made not even a passing attempt at fooling ourselves. We were goners at first sight. The last time we were on a date, one with drinks and hopes of romance, we were entirely different people. Our lives have been taken over by kids and we gave up our other identities long ago.

So when it finally came around, last weekend, our first true date in four years. we were woefully unprepared to let the shoulders down. We’d captured romance in the wild from time to time in the years since and we are as solid as solid can be. She is the love of my life and I’m perfectly comfortable stating that I’m the love of her life. But there is no sense denying that the giant elephant that trampled our previous selves has left us with some work to do.

We found ourselves across from one another in a quiet restaurant chosen by our former selves. Two people full of ideas and interests eagerly and enthusiastically looking to share and listen to this person we wanted to impress. Those people while still in their same shells, sort of, were gone. All we could think of was the kids. We both wanted this to be about something else, but what else is there at this point? They aren’t only our beloved children, they’re also our only context for a relationship at this point. It was uncomfortable. They didn’t even serve alcohol so we couldn’t loosen up chemically to hope to spark things. Nope. Just blank stares, apologies for everything, unable to get out of each others way. It was awkward and painful. In fact, by the time they came for the order we had already decided to get a RIDICULOUSLY overpriced appetizer each, to woof it down and get out of their as soon as possible. Which is exactly what we did.

We moved on to a pub. Sports on the TV’s, loud music and 50 or so adventurous and ordinary beers on tap. It was the best thing we could have done. We both started to unwind and we removed the unwritten rule that we had imposed about not talking about the kids. We ordered french fries and onion rings and about a beer in our shoulders relaxed and we started delighting in making one another laugh. Some of the laughter was about the kids, some of it was about our own foibles. Some of it was about what was occurring in the room. In the moment. It was a delight. It was natural and easy. Before long we were up to our old tricks. I may have even convinced her to write a guest post as ‘Developing Mom’. We welled up and we cracked up and we felt a giant spark and shared excitement. We started to plan our future dating life now that we had a wonderful babysitter (a story for another time). We made sure to have enough cash to tip her graciously so as to be sure she’d be willing to come back. Two toddlers isn’t every 25 year olds idea of an awesome Saturday night. Then we started to cop to our general difficulty. It’s midwinter and the combination of cabin fever, short days and freezing cold had made us both hard to be around from time to time. Not to mention the daily challenges of raising the boys. We haven’t always been either fair or loving to one another and it did us both some good both to admit it, and to be relieved of some of the responsibility for it by the other helping to carry the load.

I’m getting excited. We learned some things on our second first date. We certainly have more things to learn going forward. But what’s becoming clear to me and I think to us, is that we have to do some work on our own at this point. Each of us on our own have to think about how we want to engage the world around us and who we are each going to be as we slowly get out from under the crushing awesomeness of new parenthood. We have to share our new ideas and new dreams of the future with one another as many of the parameters have changed in the years since we related to each other what those dreams originally were. We have to discover ourselves again. We get to discover each other again.

I fell in love with my wife almost instantly when we met. We were married a year and a half later and we were parents 2 years after that. What’s happened since has changed us and we have to take time to remember those people that we were. The wonderful thing is that I get to do it all over again. At this stage of the game there’s nothing that holds so much excitement as getting the chance to fall in love all over again with the woman I love more than anything.

7 thoughts on “Our Second First Date”