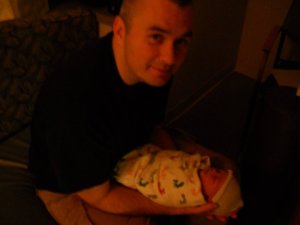 Becoming a parent requires a loss of self. It is a universal truth for those that make it through the fire. Once through that fire it’s actually a freeing and discovering of self, one that’s ultimately cathartic if you let it be. Not everyone does. Some very successful folks just wait it out, endure the fire, only to emerge as close to unchanged as they can estimate. It’s never that close, but that’s the journey they want and it’s the journey they’ll have. For me transformation is the whole point. Emerging laughably uncool, but wholly self possessed; out of shape but accepting of myself; older but wiser and altogether more estimable is what I’m aiming for.

At first though, it’s like being strung out. Having kids is no joke. Flexing and bending, supporting and worrying, it’s all a wear on your tread and eventually all of us that get through can search for those moments when we were completely threadbare, beaten and bedraggled and remember that feeling that so closely approximates failure and defeat. I suspect the vast majority of us can find these moments, either presently or looking back or in some cases we are stuck in them and are waiting for the lifeline.

The good news is that the lifeline is there all the time, and allowing the feelings in that are the ones you fear only makes you stronger in the end. You feel beat up with good reason. That’s the point. It used to be for stupid self pitying reasons, but now the ego that was so worn and battered when it resided in me is safe and warm, being tended to with every tear. It’s being cuddled and hugged and played with all day. It’s being picked up when it wakes up terrified. It’s being fed when it’s hungry and soothed when it’s scared. My ego is being taken care of, I’m being taken care of, by the little kids that have so graciously taken on the burden of providing my life with meaning. So it’s a small price to pay, this exhaustion of the body and of the soul. While your body and mind and heart are being taken for this overlong joyride and your stamina is tricking you, you’re essence is in the safest place possible and will rejuvenate you in the long run as long as you stay open to it.

Whether it’s the secular Saints Kerouac and Ginsberg or the plaintive cries of Bill Wither’s pleading for her to ‘keep on using me until you use me up’ or the fictional Tyler Durden, there’s always been a thread of masculine consciousness that knows the path to secular beatification is one paved with sacrifice and spent capacity. It’s a beautiful thing, really, to be fully spent. I for one couldn’t be more thankful to have taken this path before I missed my chance.