We’ve been DTF  since jump. It’s one of those things I guess. Pretty happy to find that it’s hardly diminished in quality despite the rapid aging and overall physical toll raising kids has had on me. No, quality is not the issue. Our problem is quantity. 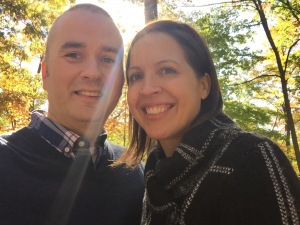 That’s right. This is a married, middle aged sex post. There’s nothing graphic to scare you away, though the topic is the topic. Grab a glass of wine or a cold one and see if any of what I’m saying strikes a chord. If you know me and have no wish to think of me as a sexual being and it’s already to late as I referenced my sexual life already and you have inadvertently and regretfully already constructed a horrifying picture in your mind I’d advise you go find the old bottle with the handle in the liquor cubby. The one in the back you bought for a super bowl party 15 years back, and just guzzle. After slamming your computer shut or throwing your phone away and smashing it like those guys with the fax machine in Office Space, erase all record of me. Wake up, check that you retained enough senses to unfollow, unfriend and unremember me before blacking out and move on with your life. Nothing to see here.

I don’t want to hear any morality nonsense. Firstly we’re married so discussing the beautiful coming together (Not literally. Too high risk. We are committed turn takers, a stance I’ll defend to the death.) of a portly man who retains mere glimmers of his former beauty and his ageless, perfect wife (Seriously. Think Peter and  Lois of the Griffin family. This image will reflect the vast disparity between her physical appeal and mine. It’s great to be in it, for me at least. Can’t speak for the wife, but I don’t need any photos either so I get where you might be coming from. Pics of her, yes, yes, a thousand times yes, but yeah, as for me, nah.. That’s a hard pass (Boom)) is decidedly in bounds. As far as your pearl clutching at the idea of middle aged folks doing the deed, I just don’t care anymore. Don’t let anyone tell you there are NO advantages to becoming an old man and losing your fastball. I may be a junkballer now (boom) but at least I no longer care about your opinions regarding my life. It’s remarkably freeing getting old. 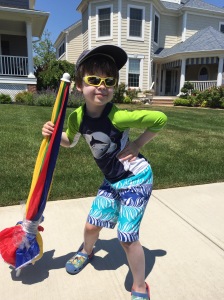 Here’s my complaint. We would love to have more ‘alone time’ then we get. Let’s not beat around the bush (boom), it’s all their fault. These little, well, let’s just say ‘rhymes with dockblockers’ are unwitting masters of their chosen form. It ain’t just the simple stuff either. There’s plenty of that garden variety salt in their game, sure. There’s more though. They’re playing the long game as well. Let me show you what I mean.

Sex is a generous and warm way for us to give and receive love. It’s great for that. Do you know when those feelings of love are often stirred? When you are being that version of your family that you hoped you’d be as you strolled out of that hospital, baby in hand wondering, ‘Holy crap. Is no one going to stop me? Am I just allowed to take this person home? What the hell. I don’t think I’m tall enough for this type of responsibility.’ Say after grabbing pumpkins and cider at the farm market. Everyone was cute in their autumnal sweaters and cords. Maybe I threw on those jeans that make me feel sexy. A flirty scarf might have even been thrown on last minute. Why not. We’re worth it. For a sunny, crisp afternoon it was easy to think we were the couple we impersonate in our professionally staged family photos. It felt great!

So great that we lost our heads. We started making out in the kitchen while lunch was being defrosted in the toaster oven and the kids were distracted by the Curious George Halloween special on Netflix. These were heady times. We should have proceeded with caution. But we didn’t. That’s kinda the point of heady times.

‘Wanna have some sexy time..’ one of you says.

‘Hell yeah! I’m a man ain’t I?’ one of us replies. Okay. It was me. ‘I mean seriously. I am right? I can still do this right?’ My lady is my support in many ways and confidence is a fleeting thing in your forties. At least in so far as physical prowess goes. At least for me it is. Stop judging me. Move on.

‘After the kids go to bed.’

‘I don’t know, they’re looking pretty beat at the moment.’ It’s a joke, but you know, whatevs. She’s digging me.

This is a good day. There’s a ton left to do and seemingly endless hours until we reach the promised land. But it shines in my minds like a beacon on a hill as I climb. Through meals, laundry, cleaning, laundry, playing, cleaning, laundry and folding laundry and bath time all the way until we put them to bed. Through it all we stole kisses and wayward grabs, having fun and laughing. Smiling and flirting, knowing we knew what was coming (boom) and we were excited for it. Fueled by lust and love and coffee we finally arrived at nightfall. Kids fed, cleaned, watered and pottied there was only one hurdle left to clear.

This is where our ‘bad’ parenting comes in. Please note, we are wonderful parents. They are nearly as lucky to have us as we are to have them. But the component skills of parenthood, the things one must master to be able to sustain without losing your mind daily, well, we haven’t been great about those things. This is never more evident then at bedtime.

To be fair the look we have by now, sun having gone down (we never really adhered to that early to bed approach so many successful put-to-bedders have ascribed) baths and meals prepared and given, our energy is waning. But that’s okay. Our enthusiasm for the endeavor remains. We give one another a wink as we head to seperate bedrooms and begin the long days journey into slumber. Falling asleep is not a default reaction to being tired. So the nightly wrestling match begins. I can’t speak for her but in our room, it’s almost impossible to survive the process with anything approaching an iota of energy left.

Thus begins the ‘dockblocking’ of which I noted. 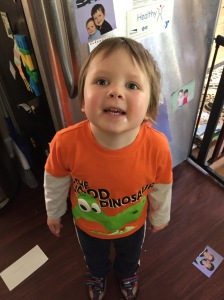 Board books. Curse thee. Sure, some are better than others. I get that.. I can get down with the Little Blue Truck. I have a love hate relationship with Goodnight Moon. I can certainly appreciate the cleverness of the assorted Seussian delights that dot the bookshelf (piles next to the bed) of my kids bedroom. The problem is that they are a very VERY powerful narcotic once you’ve read them, in the right order, 200 times or so. By now, 1800+ readings in it’s positively deadening. The ability to read an entire book with my eyes closed, turning the page at the right times is a cool trick, sure. But its accompanied so often by my kid, bright eyed and bushy tailed turning to wake me up and force more of this on me. Any more of this little blue truck and a little blue pill wouldn’t even be able to get me to the ‘finish line’ of our earlier promise.

Next, lights out and in bed. More bad at parenting here. We have never had the will to let them shed a tear in pursuit of sleep. We’ve tried but our inevitable, lilly livered buckling has left these boys unable to close there eyes without us laying next to them. For, at times, hours. This is the death of me. More often than not when my forty something constitution collides with their toddler level energy for a whole day I am unaware, perhaps, but the game is over. Long over by this point. Lets say, by some miracle I don’t fall asleep with my kids. Just for arguments sake. This series of events, this hustle (I’m convinced they are doing this on purpose to keep me away from mommy) has already worked.

As I exit the room I am weary. My ears are hot with exhaustion and I’m long overdue for bed. Having taken the hours I was expected to take my wife, having succumbed as well, in her own way to the other one in the other room has decided that I’m not coming out. On goes the jammys and the robe. These are not anything other than comfortable and delightful. I too am in my formless, baggy, old and tattered ‘sleep shorts’. We are not ideally clothed for this endeavor, but it could happen. We are kid free. At least we should be for the next 3-5 hours when kid 2 makes his way to our bed. We let him sleep there. It’s in line with our other poor decisions, it really shouldn’t surprise you. By the time we are on the couch, either said or not, that’s it. Ballgame (sad boom) over.

I should note, there is germ warfare at play as well. In general we all have varying degrees of chest and head colds at all times. This wasn’t true before they showed up. I’m not accusing them of purposeful espionage, per se. I’m not ruling it out though. For whatever the reasons might be symptoms get real persistent at these times. I doubt this is intentional, but again, I don’t rule it out.

That’s it. More often than not this is how sexy time plays (itself) out in our house. Stoked by feelings of warm connectedness. Given oxygen with stolen kisses and hidden grabs. Promised and anticipated. Doused. Dissipated.