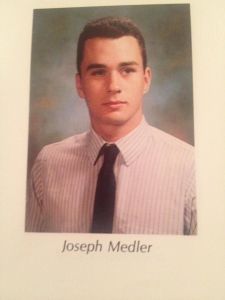 When Good Will Hunting was released I was 24 years old. Being neither a blue collar worker from the mean streets nor a mathematical genius it’s kinda surprising that I so identified with the titular character. But I did and I saw it at the theater something like 7 times. When asked by a friend why I liked it so much I replied that I identified with the title character. In hindsight it was clearly on an emotional rather than biographical level. But it didn’t take too long or too many drinks for me to utter the following regrettable sentence. ‘I don’t think there’s anyone in the world smarter than me.’ This pretty much sums up what it felt like to be in my twenties.

What I think I felt at the time was that I was a sensitive, angry and uncomfortable young man who was truly afraid to fail. As a result I was constantly engaged in pursuits that didn’t challenge me. Other than all of my personal relationships of course. Anything else I identified with from Will was merely the conflating of feelings I experienced that were expressed by a gifted actor. And writer, apparently. At that age, however, there’s no benefit or learning that can be achieved through uncertainty. In addition you have nothing to balance your opinions with so you inflate them with genuine confidence. I believed what I was saying. I believed that in the way I meant it I was in fact the equal of any man the world over. 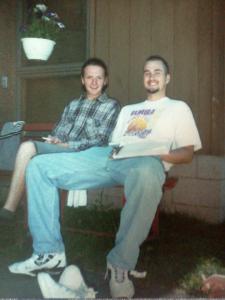 I don’t regret thinking that. I regret having said it, but that’s just because of how embarrassingly naive and arrogant it sounds in hindsight. Even if I only said it the one time to that friend and whoever was a part of our moveable feast that evening. In time and with experience and with the compiling of successes and failures I’ve come to understand how innocent and inexperienced that kid was when he believed that he was a misunderstood genius. I have empathy for him and I envy him.

The middle of life is so full and such a mixed bag that it’s hard to fully appreciate while it’s happening. Frankly, being older parents may hold some benefits in this regard. As hard as it is on all aspects of your life it’s also hugely life affirming and provides visceral joy at a level so deep that it can balance some of the really challenging aspects of getting older. I’m thinking a lot about the impermanence of life lately. The impermanence of my life, specifically. It’s somewhat unavoidable at this stage as my world of origin and all its inhabitants show the ware that the years have put on them. Having two little guys running around in a fresh new world, unburdened and unafraid of what they are finding gives a perspective with sufficient weight to help provide me with balance.

The world that they will inhabit 30 years from now, a world I desperately hope to still be a part of, is one I won’t understand the way they will. On the flip side, the life of a person and that journey will be one that I hope my experience and earned wisdom may help them understand. One thing I think will be true is that some version of thinking you’re as smart as anyone in the world and when pressed being sure enough of such a statement as to say it out loud is a really important trait to have as a new man. I’m a father to these boys, so I have to preface this with the note that from where I sit it seems a 50/50 chance that they will in fact be the most intelligent people in the world. But on the outside chance that they aren’t, I hope to god they believe they are when it’s time for them to take on the world. It’s the kind of confidence even if it’s false or misguided, that the world demands of you.

That kind of fire, that kind of bravado, if you’re a decent person in other area’s of your life is what will propel you through the coming realization that all that you had filed away as that which you know about life had shadings you couldn’t see until you came face to face with them. That the confidence of your rightness as a new adult will be balanced by the crushing disappointment you feel when you start to see the world isn’t what you thought it was. That you in fact were just as full of contradictions and inconsistencies as many of the people you judged so harshly. You’ll get past this disappointment in your own time and arrive at a place where you meet the world anew, both of you changed by time and experience and able to accept each other for who and what you are.

2 thoughts on “Smartest Man in the World”